Is nt a childs play that we have experienced the best and the worst movies this year. though, as bad as 2020 was, it deserves the knocking. But with the vast majority of Hollywood tentpoles delayed a year ago, the last 12 months have brought us a fuller, more eclectic slate of movies both big and small to celebrate as the year’s best. the best movie of the year is break down as follows.

From awe-inducing actioners (Dune, Spider-Man: No Way Home, Shang-Chi) to potent dramas (The Power of the Dog, The Tragedy of Macbeth) to everything in between, here are our picks for the 25 best movies of 2021 — and the 5 worst. — by Ethan Alter, Marcus Errico, Chrissy Le

25. A Quiet Place Part II
Picking up right after the blockbuster original — and taking on new meaning in a world gripped by pandemic — John Krasinski’s post-apocalyptic sequel was the standout in a year full of quality horror films (also see The Night House, Titane, Malignant and Netflix’s Fear Street trilogy, among many others). Serving as a showcase for deaf actress Millicent Simmonds and filled with monsters both human and extraterrestrial, the film ratchets up the tension, delivers plenty of jump scares and expands the Quiet Place universe for the inevitable sequel and spinoffs. — Marcus Errico

24. 8-Bit Christmas
We’re still not sure why Warner Bros. seemingly buried 8-Bit Christmas on HBO Max; we didn’t see any advertising for this one, did you? But it’s a holy shame because for the second year in a row (following the 2020 gem Happiest Season), we could have a potential contemporary Christmas classic here that we haven’t seen the likes of since 2003’s Elf. Clearly designed like A Christmas Story for ’80s babies, the yuletide comedy is told in flashbacks as a dad (Neil Patrick Harris) recounts his action-packed adventures in attempting to score a Nintendo for Christmas. It’s whip-smart, super funny and deeply poignant, and well worth seeking out this holiday season on HBO Max, even if they don’t want you to know about it. — Kevin Polowy

23. Drive My Car
Don’t let the three-hour runtime — that’s only 30 minutes longer than No Way Home, for the record — deter you from riding shotgun in Ryusuke Hamaguchi’s justly-acclaimed character study of a Japanese dramatist (Hidetoshi Nihijima) and the young driver (Tōko Miura) he befriends. The film’s expansive canvas is balanced by Hamaguchi’s careful attention to his characters’ inner lives as they reveal more and more of themselves to each other and the audience. And Drive My Car isn’t the director’s only 2021 cinematic home run: Seek out his anthology feature, Wheel of Fortune and Fantasy, for three exquisitely written short stories. — Ethan Alter

22. King Richard
We’ll admit it: We were a bit skeptical hearing that a biopic focused on the Williams family was serving up more on father Richard than his two superstar daughters Venus and Serena. But indeed, there was a true-life fairy tale just waiting to be told about the unbelievable story of how Will Smith’s Richard willed his girls from the blocks of Compton to global tennis domination with a meticulously crafted (if sometimes faulty and just plain stubborn) game plan. Smith is a surefire Oscar frontrunner for his rugged and resolute performance in a powerful and emotional film that brings some nice edge to the enjoyable but often cheesy or at least predictable world of inspirational sports movies. This one is aces all around. — K.P. 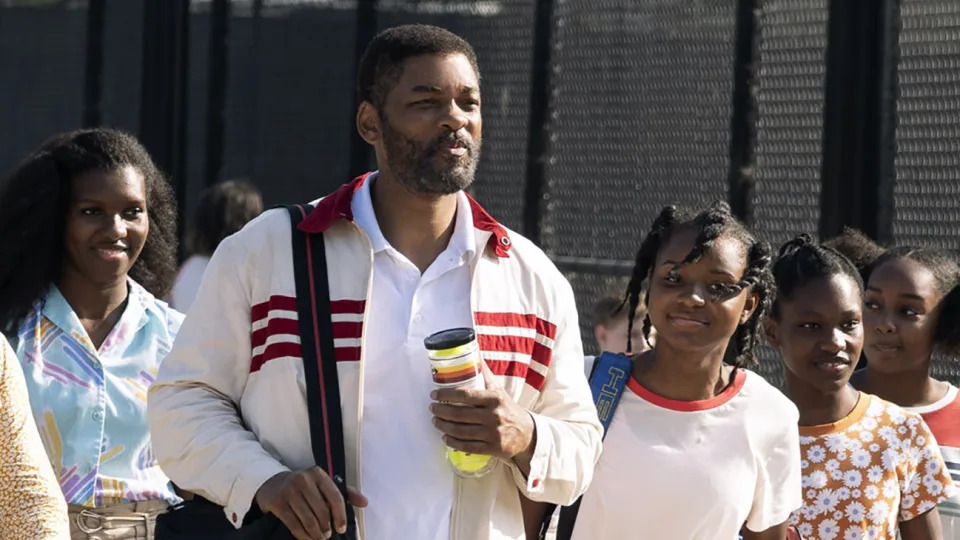 21. The Green Knight
David Lowery’s impressionistic take on the Arthurian legend became the arthouse equivalent of a summer blockbuster, thanks in large part to Dev Patel’s commanding star turn. Setting off on a quest to fulfill his half of a potentially lethal bargain, Patel’s Sir Gawain traverses a medieval landscape where the magical and mundane exist side by side. While not as singularly strange as John Boorman’s 1981 cult classic, Excalibur, Lowery’s surreal touches make The Green Knight much more than your typical period adventure. — E.A.

20. Judas and the Black Messiah
We live in a post-“Oscar winner Daniel Kaluuya” world, and that’s a beautiful thing. The actor earned a very deserving Best Supporting Actor Academy Award earlier this year for his powerhouse performance as slain Black Panther leader Fred Hampton. But Kaluuya’s excellent performance is hardly the only reason to watch Shaka King’s potent, tragic, infuriating tale of how the FBI conspired to murder Hampton while he slept with the help of a petty thief informant (LaKeith Stanfield, also Oscar-nominated for his performance). One small joy found compiling this list was that we could still include Judas on this year’s list even though it seems like it came out eons ago; it was actually February, thus still eligible for the COVID-altered 2021 Oscars ceremony. But this is one of those films that would make the cut any year. — K.P.

19. Tick, Tick… Boom!
Leave it to Broadway’s own Lin-Manuel Miranda to pull off the ultimate musical theater tribute … in the middle of a pandemic no less. Midway through his directorial debut, the Hamilton mastermind stages a showstopping all-star Broadway number that never fails to bring the house down. But that’s far from the only reason to give Tick, Tick… Boom! a standing ovation: The film also features a career-best performance by Andrew Garfield as late playwright Jonathan Larson, great songs sung by a great ensemble and a loving tribute to the late Stephen Sondheim. — E.A.